Be the voice for the animals!

“There is no fundamental difference between man and animals in their ability to feel pleasure and pain, happiness, and misery.”― Charles Darwin

It has always hurt my heart to think about this. Can animals feel pain?  YES. Did they sign up to be tortured this way? NO.  Is one life more valuable than another? NO.
Why does the human race think it is ok to  torture other species? Can you imagine committing no crime, and being locked up in a cage,and tortured until they eventually kill you?

While reading one of my the best books ever written, in my opinion, "Dog 281" , it was reiterated to me, 'we can stop this insanity, we can make a change.' I am now reading "The Dog Who Spoke with Gods." It hurts my heart to read what can happen to  dogs in laboratories and how they can go insane from the pain. We are not Gods, as this poor dog believes, and we should NOT play God.

There are alternatives , there are ways and we need to be the voice for the animals!
Information from NEAVS states, "Alternative scientific tests are often more reliable than animal tests. For example, experiments on rats, hamsters, guinea pigs, mice, monkeys, and baboons revealed no link between glass fibers and cancer. Only after human studies related the two did the Occupational Safety and Health Administration (OSHA) label these fibers as carcinogenic. The use of human tissue in toxicity testing is more accurate than the animal models.Non-animal tests are more cost-effective, practical, and expedient.. The traditional testing of chemicals using animals can take up to five years per substance and cost millions of dollars, while non-animal alternatives can test hundreds of chemicals in a week for a fraction of the cost."
This is controversial, but what about testing on humans for human drugs? Test on humans that have committed horrific crimes and are already behind bars, instead of innocent creatures.
One of my favorite books, by my hero Jane Goodall  states, "a great deal of animal research has been misleading and resulted either in the withholding of drugs, sometimes for years, that were subsequently found to be highly beneficial to humans, or to the release and use of drugs that, though harmless to animals, have actually contributed to human suffering and death. 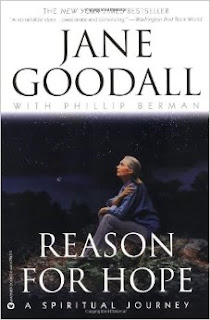 Amelia Kinkade's book  "The Language of Miracles" states when talking about animal activist Chris Derose from Last Chance for Animals going undercover in a laboratory that tested animals, "Chris had invited himself to take photographs and shoot video tape. His forbidden footage aired on CNN , allowing some viewers to actually identify their own animals on the news." "He was able to reunite some of the humans with their dogs. Other heartbroken people were only able to get collars and tags of their missing dogs." Amelia  Kinkade also informs us ,"one university in southern California was breaking the legs of animals and subjecting them to third degree burns with no anesthesia so that the students could face "realistic situations" during their final exam." "Other puppy lab 'research' has been funded by tobacco companies, whose researchers pump smoke into the dogs' lungs so that they can breathe nothing but smoke". All of this breaks my heart. We already know smoking is harmful. If humans want to do it, let them, but don't let the innocent suffer from our ignorance.
Did you know there was such a thing as people called bunchers? They either buy animals very cheap on craigslist (this is one of many reasons to NEVER advertise FREE to a good home) or they will actually steal dogs out of people's back yards. They then are sold to laboratories to never be seen again.
I feel SeaWorld is just as torturous as laboratories. They only have  one thing in mind- making money. Animals are suffering more than we can imagine. Educate yourself and watch "Blackfish." Jane Goodall says "Sea World Needs To Be Immediately Shut Down" & "Dolphins are one of THE most intelligent animals on earth" - Sir David Attenborough
These amazing creatures are enslaved by SeaWorld for the whole of their lives. Never to swim free in the ocean, joyfully ride massive waves, eat fresh fish, live with their own kind. Instead they are forced by Sea World to work every single day to entertain humans until the end of their days."
In my book "Furry Philosophy and Memoirs Set in Stone"  I wrote, "Who are we to make that one life miserable? Please educate yourself and see how torturous circuses really are and please, refuse to support them. Watch” An Apology to Elephants’ on YouTube.com. Please, see what goes on in factory farms and eat ethically. Please understand why wolf hunting is not the answer and how breaking up a pack can really cause imbalance. Please understand laboratory testing is VERY inaccurate and not necessary, only torturous. If we ALL say ENOUGH and act as friends to the animals who love and feel just as we do, these horrible people will be put out of business and this nonsense will have to stop! This is a dream of mine. TOGETHER we could make it a reality." 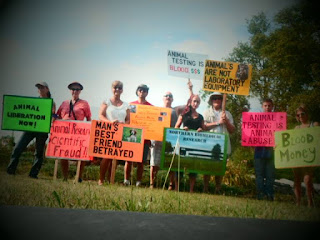 EFT and stress in pets

"Handle every stressful situation like a dog: If you can't eat it or play with it...pee on it and walk away."  Author unknown
I feel this is great advice; however, there are hurdles we need to overcome, so this advice may need some tweaking.
The past year, I was pleased to meet Scott Kennedy and allowed him to assist me with some hurdles. When we were chatting, we decided to experiment with trying these procedures with pets.
Here is short blurb from Scott with a brief explanation of what I am talking about:
"Even though I have been using Emotional Freedom Techniques for 20 years, their power continues to amaze and fascinate me. EFT is a form of emotional acupressure, based on the same energy meridians used in traditional acupuncture to treat physical and emotional ailments. These subtle energies have a profound effect on how our brains process physical and psychological issues. I have had wonderful results using a surrogate to balance the energy of people or/and infants that cannot communicate. This balancing allows their system to reprocess any conflict in the communication between the different hemispheres of the brain.  Resulting in being able to “let go” of negative issue or patterns.
Learning recently, with Jodi’s help, that the effects of EFT’s can be transferred to animals is extremely exciting!  Seeing behaviors, reactions, demeanors being changed in our animal friends with just a very basic and simple EFT is extremely encouraging.
These early findings are very intriguing.  I am looking very forward to the opportunity to explore the use of EFT’s with animals much more."
Scott Kennedy CCH
Sktherapy.com
Scott Kennedy is a Certified Clinical Hypnotherapist located Spring Lake, Michigan

My dog Odin has some nervous issues. In previous writings I have stated, I believe it is not one thing that helps, but a combination of many things to treat the WHOLE body and MIND.
Previously I have tried DAP (Dog appeasing Pheromones), lavender and rescue remedy which all seemed to have helped my dog and cat in numerous ways.
Now that I have met Scott and combined EFT, I can say my success has improved greatly.
These are some of the experiences I have documented:
Odin came into Scott's office with me when we tried this exercise, the first time. It is so easy it just combines deep breathing with some light tapping with you being the surrogate for you dog.
Odin is very fearful, and if he is approached too fast, he panics, especially if someone comes out of nowhere. He also gets very jumpy when we drive on a rumble strip. After the appointment with Scott, someone walked in the door very quickly, and Odin acted like it was just fine, the same experience on the way home with the rumble strips. A few weeks later I was trying to get some tangles out of his fur, which he usually flails and protests very adamantly, this day was no different. I stopped grooming and perfumed some EFT, when I continued grooming I saw a measurable difference and calmness.
In another instance I was giving my friend's dog Max a bath and he was panic stricken, shaking and cowering. I stopped and performed EFT and I was astounded at the dramatic effect. The shaking stopped and he calmed down. He did not LOVE the bath but the fear subsided so much!
I have taken my kitty, Raven, in our motor home many times and after the first half hour she stops meowing and enjoys the rest of the trip. The pheromones seem to help a lot but when I incorporated the EFT the meowing lessened tremendously and she calmed down much quicker.
Just recently a friend has been working with Scott. This dog, who is afraid of men, actually allowed Scott to touch him, which does not normally happen.
We have only been experimenting with this for a short time, and I will keep documenting the progress. I did want to share with my readers the success we have had so far, in hopes to help other animals and also their owners. This method is amazing and I recommend it whole heartily.
Odin, Raven and I give it four paws up!

Posted by Jodi Jarvis-Therrian at 10:21 PM No comments: