“Don’t judge a book by its cover.” 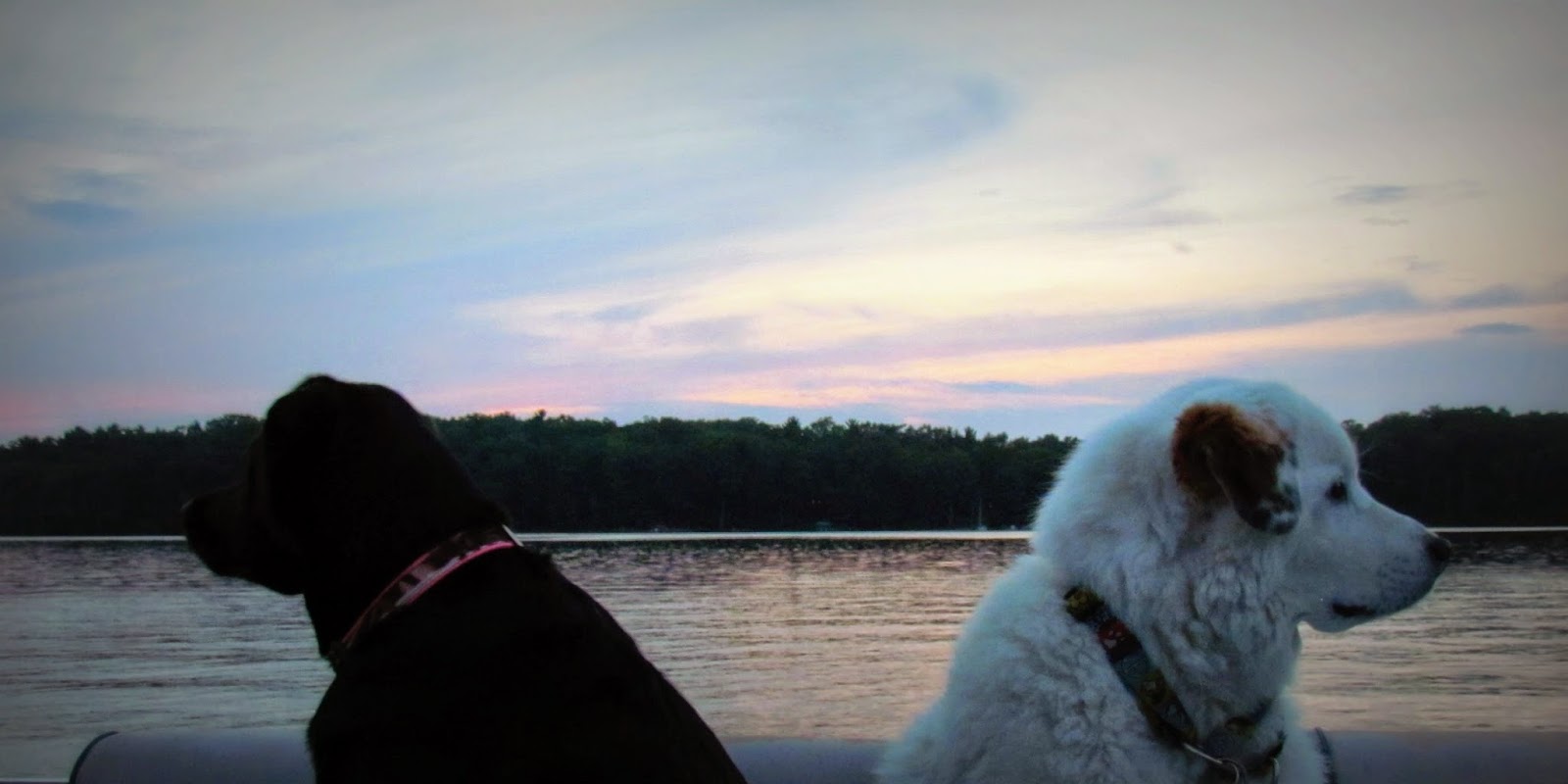 I wrote this piece for "Cats and Dogs Magazine" this past summer and now that I am lucky enough to  dog sit again week again,I thought it was  time to share her wisdom on my blog.

“Don’t judge a book by its cover.”
We have all heard this saying throughout our lives but this last month when I had my grand puppy for ten days it made me think.
If you look at the typical Labrador Retriever they just seem goofy, and as my husband put it, “Not the sharpest crayon in the box.” My grand puppy named June Carter Cash Dolphin (affectionately known as Cash, or as I like to call her Cash-a-Rooni from Looney Tooney town), does fit the stereo-type at first glance. She is a goofy, unassuming sweet girl.  But we can’t be so quick to judge this book by the cover. 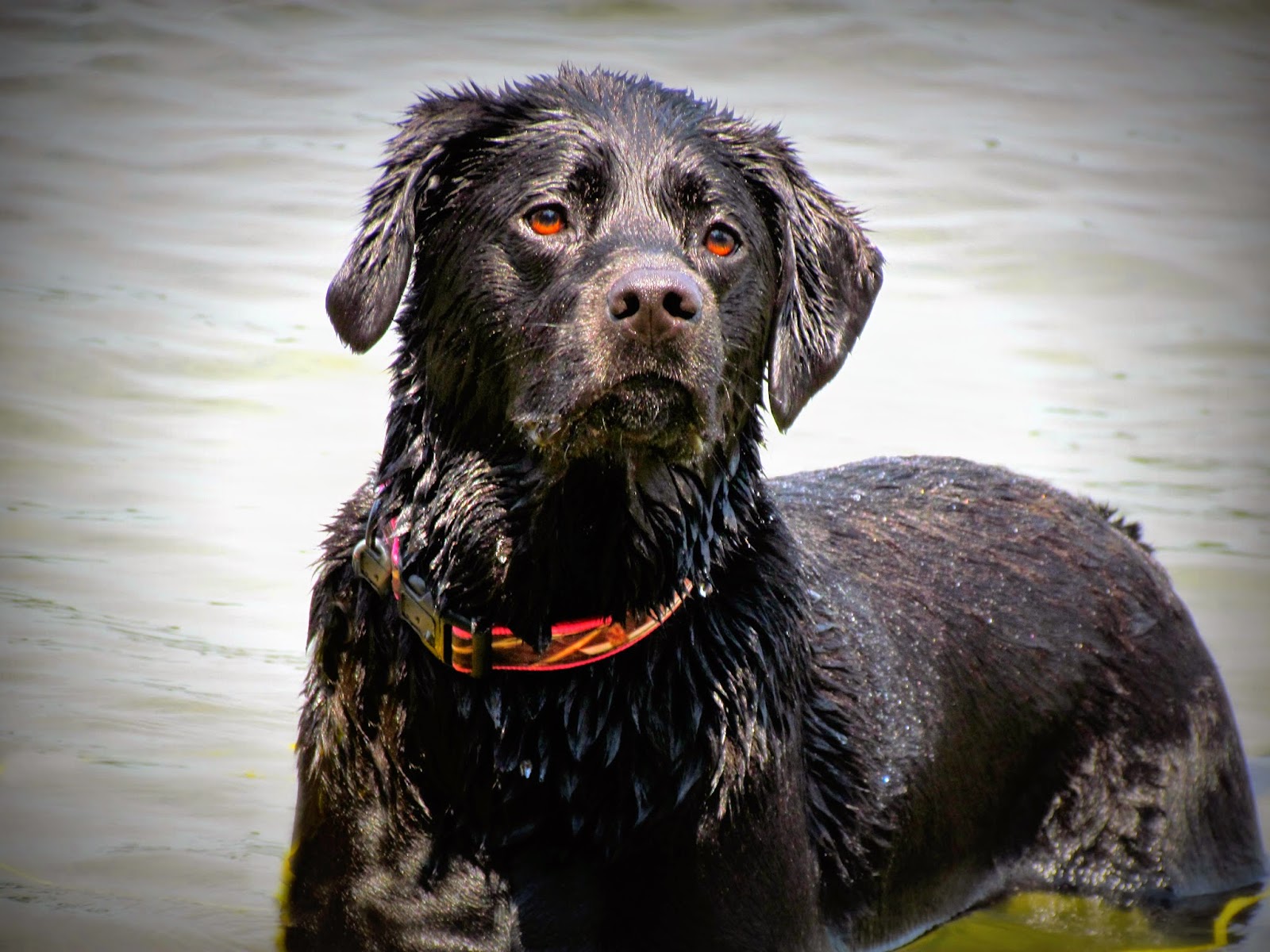 When Cash stays with us I often say, “I wish I could bottle that energy.” She could run the
Energizer Bunny into the ground.  Cash keeps going and going and GOING!  Our dog, Odin, loves to play with her but she wears him out. He is 7 years older than her and can only play so much before he just says ‘Uncle’ and throws in the towel.  When this happens we have to try to wear Cash out ourselves. We do this by throwing the ball, repeatedly, into the lake for her to fetch. She is such a joy to watch chase the ball that she loves more than anything in the world.  Another game we play is with a stick. The first time we played I really watched what she was doing and, after a while, I could see the wheels spin inside her head. I found sticks that were water logged so they would sink easily, and threw them out to her; she would swim out to them. If you watched closely you could actually see how she had to think to get the stick without having to search. She would swim out to it, look down, and actually feel around with her paws to make sure it was there. When she was absolutely certain she found it, she would dive under to get it. She came up with it every time. You could definitely see a thinking process going on.
Cash likes to express her joy by barking. When she arrives at our house, it is with such joyful exuberance! She bounds into the house with the grace of an elephant running circles around all of us, with her main focus being Odin. Now at first the barking is just humorous because she is just expressing being happy. After a while it gets to be a little repetitive. Cash barks to get Odin up and chase her. She barks when they are playing and running and, if you let her, she will bark ALL-DAY-LONG! It took me about a day to realize I had to find a solution to this! When Cash barked I would tell her to go get a toy, and I would hand her a toy. The loud, shrill bark then became a muffled kind of fun talk that was definitely more tolerable, not to mention it made us giggle occasionally.  I have to say Miss Goofy Girl Cash picked up on my solution in about half a day. All I have to say now at the first bark is, “Cash get a toy.” She finds a toy right away and continues to play.
One last little story makes me know that Cash is smarter than she lets on….
My daughter, Paige tells me my son-in-law, Jeremy, likes to hit the snooze button exactly three times every morning. Apparently Cash does not move or stir the first two times his alarm goes off.
The third time the alarm goes off, Cash jumps up and is ready to start the day with a happy wag of her tail (because I have noticed Cash is always happy). My point is, Cash CAN count! I do believe that counting would definitely be considered definitely intelligent.
When all is said and done there is no better snuggler than Cash. When she is finally worn out and it is time to sit or go to bed, that girl literally presses her whole body against you and just exudes love. She lives life to the fullest and she LOVES a lot. That is pretty smart in my book
We could all learn a lesson from her. “Never judge a book by its cover”, you never know what is underneath. I think this grand puppy of mine’s motto is definitely, “Live Well, Laugh Often and Bark Much.”  Words to live by! Thanks Cash for the reminder! 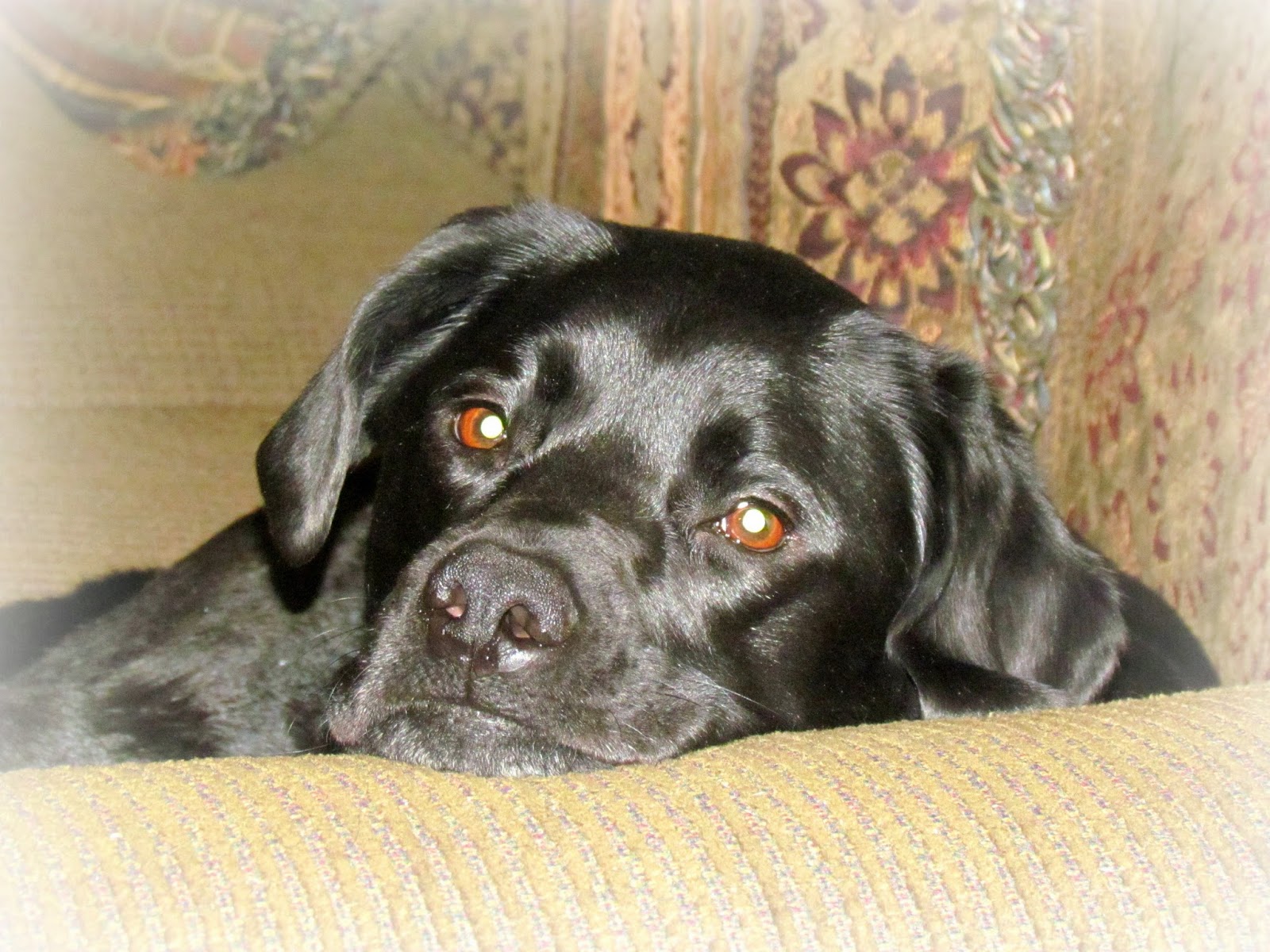 Read a little more about Odin and Cash’s antics and many more fur friends’ stories and “Furry Philosophy” in my book “Furry Philosophy and Memoirs Set in Stone.”
Till next time
Xoxo
Odin J., Cash, and Raven Roo