In my book "Furry Philosophy and Memoirs Set in Stone" I was fortunate enough to have others share stories of special memories of their pets and photos of the art made to honor them with love. I am now collecting new stories for a revised addition and so that others may help heal their hearts by reading and resonating with these special words.I hope these special lives will  live on forever through these stories. I believe when lose a special love,  it is comforting  knowing others have loved as much and felt the same.
I was for fortunate enough to have Joan share her  story of Eternity. She also allowed me to honor Eternity by making a pendant with her special memories in mind, with her ashes lovingly fused inside.Thank you Joan for sharing your story and trusting me to honor Eternity's  life with love. Below is her story.

Meet Eternity (Eternity May when she was in trouble! lol) She was our baby girl, our peanut, and our resident hussy. Let me tell you her story. 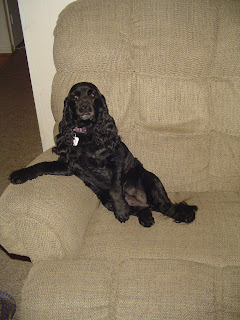 She came to us at the ripe old age of 4 months. What we didn't know until she arrived (she came from CA) was that she came from a puppy mill. We may live on the other side of the country but we got a full blown investigation going on that place real fast! When she arrived she had a triple ear infection, an ulcer on one eye that was so bad the vet wasn't sure he would be able to save that eye, she had never had her paws on grass nor had she been handled much. The medical issues took a while to clear up. The potty training took some time because we also had to get her used to the feel of grass. Getting used to being handled took no time because there was always someone who wanted to cuddle with her. 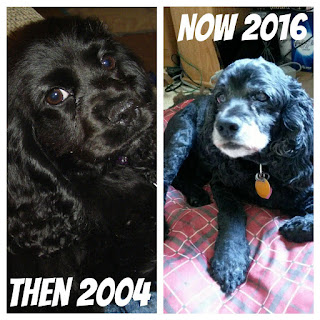 She was always small. At the most she weighed 20 lbs. She never had puppies. I don't think she would have known what to do with them. Eternity was an airhead. Loveable but her elevator didn't go all the way up. I would open the door and tell her to go out and go potty. She would just look at me and wag her tail. I would tell her again. She would wag her tail again. I would then say "Eternity May! Go outside!" She would then jump up with a look on her face like "ok!!" and run outside!! She would also prop herself up in the corner of the couch or chair, sitting on her bottom with her back against the corner and just sit there. Unless someone walked over to her. She would then roll onto her back and spread all her legs. Yep, she was our hussy lol

Shortly before Christmas last year (2015) I noticed she was making a snorting sound every once in a while. A very unladylike sound. The vet couldn't hear it, of course, but said it could be a sinus infection and gave me some antibiotics for her. They didn't help. Neither did the second round. They then thought there might be a mass in her sinus cavity so off to the specialist to have it checked. That was on a Wednesday morning. They found a small knot on her neck, kind of under her jaw and they did a biopsy on it. They called me on Saturday morning to tell me the knot was an aggressive form of cancer. Sunday she stopped eating and drinking. The knot was so big she was having trouble breathing. I spent all of Sunday giving her water with an eye dropper. Monday I wouldn't let her suffer just so I could keep her sweet spirit one more day. I made the hard decision to let her go. She was my Peanut. 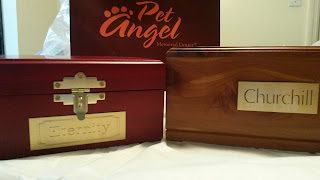 Posted by Jodi Jarvis-Therrian at 11:36 PM No comments: